Two US Endurance Riders Will Ride in 2014 WEG Test Event 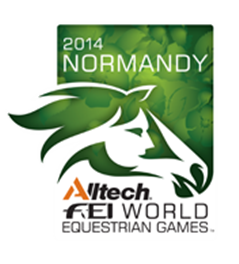 US  Athletes and Others will Attend the Endurance Test Event for the 2014 World Equestrian Games – Two will ride.

Two endurance athletes, Meg Sleeper of Pennsylvania and Marcia Hefker from Colorado will  be the United States riders at the upcoming WEG test event in Normandy, France. Others will attend to support the riders and observe.

​The ride, an FEI2*, is one of several pre-game events intended to help WEG organizers test their operation systems (organization, logistics, timing, scoring, etc.) while at the same time offering endurance teams from around the world the opportunity to pre-ride part of the course.  The test events also allow the participating nations to become familiar with the organization and provide the National Federations with the opportunity to give feedback to the organizers.

​Each of the 40 countries expected to attend was invited to send two riders.  The US riders will lease two French owned and trained horses.   US athletes will be accompanied by Emmett Ross (Chef d’Equipe) and Vonita Bowers (USEF Director of Endurance).  Other team hopefuls, owners and crew members expected to attend include Skip Lightfoot, Amy Atkins, Lisanne Dorion, Dave Augustine, Steve Betzel and Valery Kanavy. Information obtained at the test event will be used to inform training programs back home and to develop the right team of horses and riders for the WEG competition August 2014.

​More information about the test event can be found here:
http://www.alltechfeiweg2014-normandy.com/files/fck/files/COMMUNIQUE%20DE%20PRESSE%20-%20EPREUVES%20PREPA%20UK%20-%20OK.pdf

The Endurance CEI2* Test Event will not be open to the general public.

As the Alltech FEI World Equestrian Games™ 2014 in Normandy project gains momentum, the Organising Committee is set to test various aspects of its organisation during preparatory events in August 2013. These events, which feature in the national and international calendar, though at a lower level than the main event in 2014, will take place in some of the official 2014 Games venues but will not be open to the general public. Below you will find all of the information regarding the Endurance test event (CEI2* level), which will be held in Sartilly (Manche) on Friday 16th August 2013.