Thoughts on the Raid World Junior in Tarbes (FRANCE) 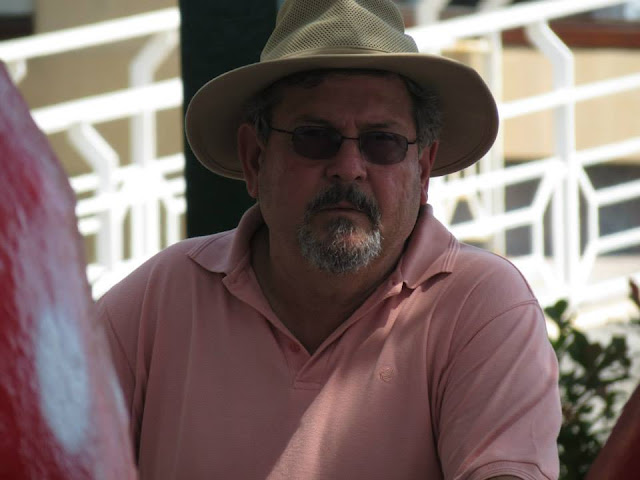 My friend Oscar Ricca, from his native Uruguay, I submitted a series of reflections of the past World Junior Raid in Tarbes (FRA), run past July 27, 2013.
As one of the participants in this World Cup, attending his daughter Oriana Ricca, that such good results obtained in these World with Jon Fernandez Spanish mare "Talitha Kumi 50%", being ranked in the fourth place of those World, can give us a review of how the events occurred before, during, and after the race.
The events are not known, can not be measured, so if after a championship as important, such as a World and draw some conclusions, it is impossible to improve for the next. Sure that the memory test is conducted by competent bodies, but an assessment of a sufferer of all these circumstances, are valued and taken into account for future international events, since language is one of the drawbacks or setbacks Oscar describes us.


"THE BAD, THE REGULAR AND THE GOOD OF THE WORLD AND / R OF TARBES, France, 2013.
From my point of view only, I will tell you some details, which at best, can serve to improve in future competitions. Reflections are:

THE BAD:
1.-THE START. A real mess. Some authorities authorized, others stopped, other largaban before ... everything!
Two. - SUPPORT POSTS. - Very distant, without any signaling and difficult to park and get out in time for another post of support.
Three. - DEVICE FOR COOLING A VET BEFORE THE HORSES CHEK. - Very little space, the provision of water tanks should be in the same direction between arrival and control.

USUALLY:
1. - THE LANGUAGE. All in French. As an international event, it should have taken into account the English language, too.
Two. - BATHS. Especially for the ladies.

THE GOOD:
1. - JOGGING TRACK. - Notable
Two. - GIVEN EXCELLENT TREATMENT FOR ALL OFFICERS, SECRETARY, ETC.
Three. - PRIZES: Great Good! For its quantity and quality.
As in all international events, the best thing to always remember is the treatment shown to us all fulfill some function. In this World Cup, the deal was EXCELLENT!
We returned to our Country, very happy to have received a great reward to the enormous effort we made. Doors were opened to us, we interact with various players in the world, a real success, beyond positions to finish the race.
But it was a real success Talita Kumi involving 50% with Oriana, so that was very generous reward.
Now we begin to dream of another project ... Normandy! Basques and Uruguayan together again!.
Thank you very much, friend Gabriel by this inexhaustible vein of friendship that you have generated.
Big hug. Oscar ".

Thanks Oscar for your contribution to the improvements of the tests within the global environment.
Greetings from Gabriel.
By Endurance.Net - August 13, 2013
Email ThisBlogThis!Share to TwitterShare to FacebookShare to Pinterest
Newer Post Older Post Home