There is also a 55-year age spread separating the youngest and eldest riders. The youngest is first-time World Championship competitor 18-year-old Constanza Pacheco Diaz from Argentina. At the other end of the spectrum is Canada’s Robert Gielen, 73, who will be participating in his fourth World Championship.

Some 129 combinations representing 37 nations have confirmed their entries for the 2022 championship, which was to have taken place last October in Verona, Italy. The FEI cancelled the event following concerns “including but not limited to track readiness, athlete safety, and the lack of detailed planning schedules” in the lead-up to the event... 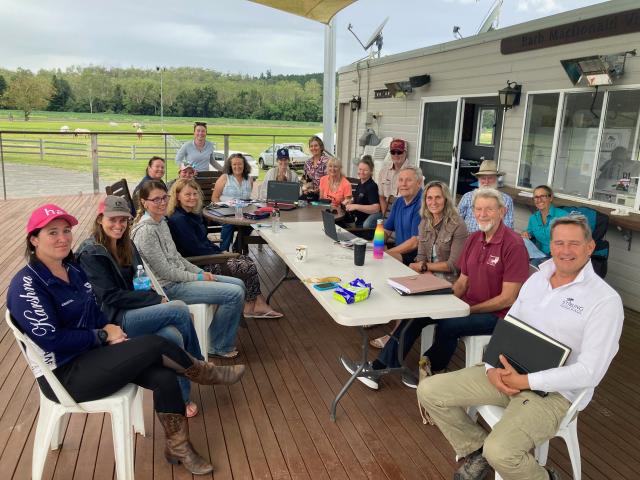 One hundred and sixty kilometres in one day is the enormous challenge that will face some of Australia’s best endurance horses and riders at Imbil this year.

Preparations and planning for the 57th Tom Quilty Gold Cup National Championship to be held this year at the Stirling’s Crossing Equestrian Complex has got off to a flying start with a highly-successful committee meeting 160 days ahead of the 160km event to be held June 23-25.

The Quilty, as it is known among horse enthusiasts, is an annual event and was first run in 1966 when the legend himself, RM Williams, wrote to his friend, Tom Quilty, looking for support to run the race...

With less than a month to go before the world’s best equine and human athletes gather in Butheeb (UAE) for the FEI Endurance World Championship 2022, the line-up has been confirmed with 129 combinations representing 37 nations ready to challenge for the 2022 individual and team world titles on Saturday 25 February 2023.

The 18th edition of the FEI Endurance World Championship, first held in 1986, boasts a remarkably gender balanced field of participants, with 63 female and 66 male athletes entered, and an equally impressive diversity in age range of the participants with 55 years separating youngest and first time World Championship competitor, 18-year-old Constanza Pacheco Diaz (ARG) from Canada’s 73-year old Robert Gielen, who will be taking part in his fourth World Championship!

With numbers reminiscent of pre-covid times, the Championship will see 24 teams compete for the team title, which the Spanish have held firmly within their grip since the World Championship in Caen (FRA) in 2014.

For Spain, a fourth consecutive title would set a new record in the sport, but they will face plenty of opposition from other teams vying the top spot, such as Brazil and France – silver and bronze medallists at the World Championship in Pisa (ITA) in 2021 - as well as other former medallists including the Netherlands, Switzerland, Bahrain, Qatar and host nation UAE, the only other country to boast three consecutive world titles, which they achieved from 2008 to 2012.

From an individual front, all eyes will also be on Spanish and Emirati riders, as they have dominated the field since 2006. Among them, there is Salem Hamad Saeed Al Kitbi (UAE), with his horse Haleh, who will be defending his World title here in Butheeb; Spain’s power couple Maria Alvarez Ponton and Jaume Punti Dachs who have three individual World titles between them; and, their compatriot Angel Soy Coll, who is current European Champion.

A successful test event held in December 2022, following the allocation to Butheeb at the FEI General Assembly in November of that same year confirmed that all the systems and footing were on track for a successful World Championship in February.

With an open-house invitation to National Federations (NFs) and teams to experience first-hand the facilities on offer at the Butheeb International Endurance Village (BIEV), the Organising Committee provided a comprehensive overview of what they could expect at the upcoming Championship with the world-class permanent infrastructure featuring state-of-the-art veterinary facilities.

Alongside the 160 km track which will be run over 6 loops and has been prepared to the highest standard, proper hydration and temperature control have also been optimised with multiple water points throughout the ride for the competitors to rehydrate and cool off, serviced by many of the volunteers and staff that have dedicated their time and expertise to supporting the event.

In addition, the Organising Committee will also be implementing a number of actionable sustainable initiatives in a bid to set a new benchmark for future Endurance events and showcase UAE’s commitment to innovation in sustainable ecology in line with their pledge for carbon neutrality by 2050.

“We are excited to see so many athletes and nations confirmed for this important Championship”, said FEI President Ingmar De Vos.

“Sustainable thinking is absolutely key to event planning today, and I am delighted the World Championship in Butheeb has set its sights on becoming a point of reference for environmental sustainability at Endurance rides in the future.

“Thanks to the concerted efforts of the Organising Committee in Butheeb and the UAE Equestrian National Federation, we will have a fantastic backdrop for our sport with all the necessary infrastructures and requirements to ensure our athletes and our horses can perform at their very best, with safety and welfare a priority throughout.”

For the full Master List with the FEI Endurance World Championship 2022 definite entries, click here.
By Endurance.Net - February 02, 2023 No comments:
Email ThisBlogThis!Share to TwitterShare to FacebookShare to Pinterest Salem Hamad Saeed Al Kitbi (UAE), with his horse Haleh in Pisa during the Longines FEI Endurance World Championship in May 2021. (Christophe Tanière/FEI)

At 73 years old ‒ the oldest competitor in the event ‒ Gielen will ride the 160km endurance track aboard More Bang For Your Buck.

With less than a month to go before the world’s best equine and human athletes gather in Butheeb (UAE) for the FEI Endurance World Championship 2022, the line-up has been confirmed with 129 combinations representing 37 nations ready to challenge for the 2022 individual and team world titles on Saturday 25 February 2023.

The 18th edition of the FEI Endurance World Championship, first held in 1986, boasts a remarkably gender balanced field of participants, with 63 female and 66 male athletes entered, and an equally impressive diversity in age range of the participants with 55 years separating youngest and first-time World Championship competitor 18-year-old Constanza Pacheco Diaz (ARG) from Canada’s 73-year old Robert Gielen, who will be taking part in his fourth World Championship!...

The 2023 endurance riding season kicks off this month when the Stirling’s Crossing Endurance Club holds its popular educational weekend at Imbil.

It is club’s fifth such event, and will be held at the the Stirling’s Crossing Endurance Complex in Derrier Road on the weekend of 28 and 29.

We anticipate that some aspects of the educational weekend will be on the Friday afternoon with members on hand to guide on setting up yards, and also instruction in how to trot your horse out for presentation to vets for gait assessment.

Stirling’s Crossing Endurance Complex is the same location as the 2023 Tom Quilty Gold Cup in June...

Australia: Riding Tall in the Saddle

The past year for endurance riding has been much like the sport itself … be ready for the unexpected, be able to address the challenges, and enjoy the good times when they come along.

The times, when horse and rider are in perfect balance with each other and the environment for an experience like no other.

It has been year impacted by flooding and unseasonal wet weather as well as further outbreaks of Covid-19.

Queensland Endurance Riding Association had to contend with 11 events being cancelled, one cancelled part way through and others re-scheduled.

Despite all the difficulties caused by weather this year, ride organising committees provided 27 QERA events that supported a total of 1932 entries... 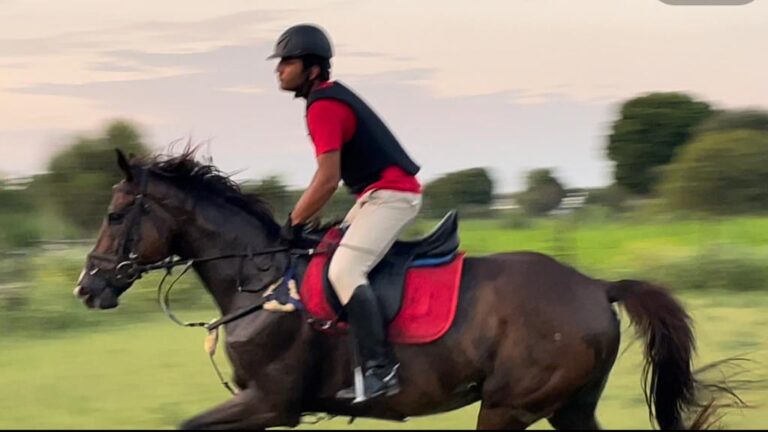 Sanskar Bachani, a student of Class 11th of Jaishree Periwal International School, has the courage to pursue his dreams and made them come true. He worked really hard for the Junior National Equestrian Championship and got coaching with 20 other students for a 40km endurance ride.

Held at the Sagar Equestrian Sports Academy, it was a three-day event from 12th February 2022 to 14th February 2022. Sanskar won two Gold Medals in total, one in the individual category and the other in the team category, thereby becoming Junior Champion in the discipline of endurance.

Also from India, he is the youngest rider to clear the 60 km endurance in 2022 ranking 6th in this category with his senior competitors...