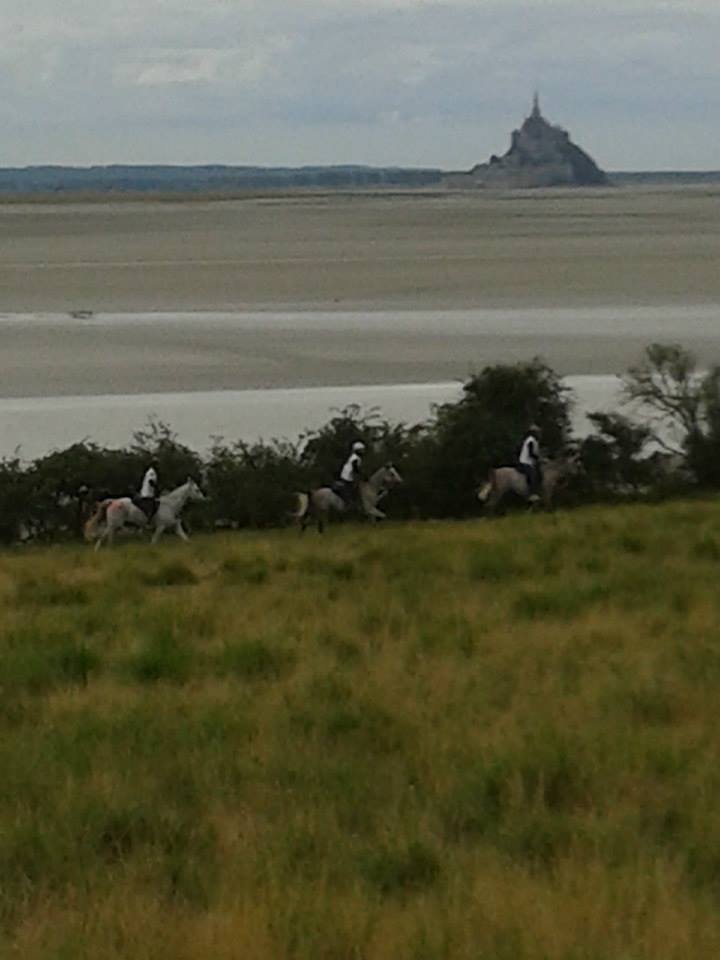 One of the more Raid International Judges requested by the Committee Organizers important evidence in the international calendar, Fernando Carrillo, has made a summary of this test Test, preparatory Raid World 2014 to be held by the Norman lands in France next year 2014.

Sure that these views of a lover Judge Raid and expert in the field, have your weight within the Organizing Committee to make a good World Cup and that everything runs through the trails CRAVED of participants and assists ( how good and important work done in Equestrian Endurance test), and for much the public, which will likely resort to an event of such importance and resonance within the Raid World.

This is written by Fernando:

"Many friends have called me to know how was the test event for WEG 2014 and asked me to make a summary.

No professional is a summary only say the things that caught my attention.

The first thing people and people of Normandy, very kind and willing to WEG 2014 raid that goes well or yes.

And I am referring to several things, first, there are few since they cross paths huge farms and roads intersect and in each farm-road crossing two volunteers of the organization that become cops when national wagons.

I think there were more than 200 volunteers. I did not count but they were everywhere.

Countless have reaped corn farms for the tour passes by, making broad ways in which fit more than 5 horses at par. Victorian mansions, have opened their farm for horses passing by, even in some spend almost next to the front door.

Going through the villages is amazing, in this day, public holiday in France, people in some places, set up tables with food and drink and there were applauding every rider or group of riders passed.

Nothing to say about the gallop along the beaches, one with the Mont St. Michel in the background, each think or imagine what you want, but I will tell you is not to be missed. Cool!

The mountain route without hills but with up and down but also with flat stages. The sandy soil in many places, you have to run with head, especially if it's hot, it did the day before and had a very high temperature with high humidity.
The very large vet gate and next year it will be even more like the enclosure of blocks, which occupy part of what was the vet gate this year.

The assists very well marked and very large sites, the route well marked and signposted and also, again, volunteers fluorescent overalls and stop signs all over the place. Health, medical and ambulance assistance and one in every other fixed with two mobile hospitals vet gate.

I think it has all the ingredients to be a success, considering also that the Secretariat and the organization is run by one of the most experienced Organizing Committees in organizing European Championships as that of Compiegne.

I think I do not forget anything, perhaps only downside the distance to other events or equestrian disciplines, we will be slightly apart, but hopefully not for that, we are forgotten.

I attached some photos for you to see with your eyes what I have told you. "

Thanks Fernando for your contribution to our discipline riding is increasingly important and competitive.