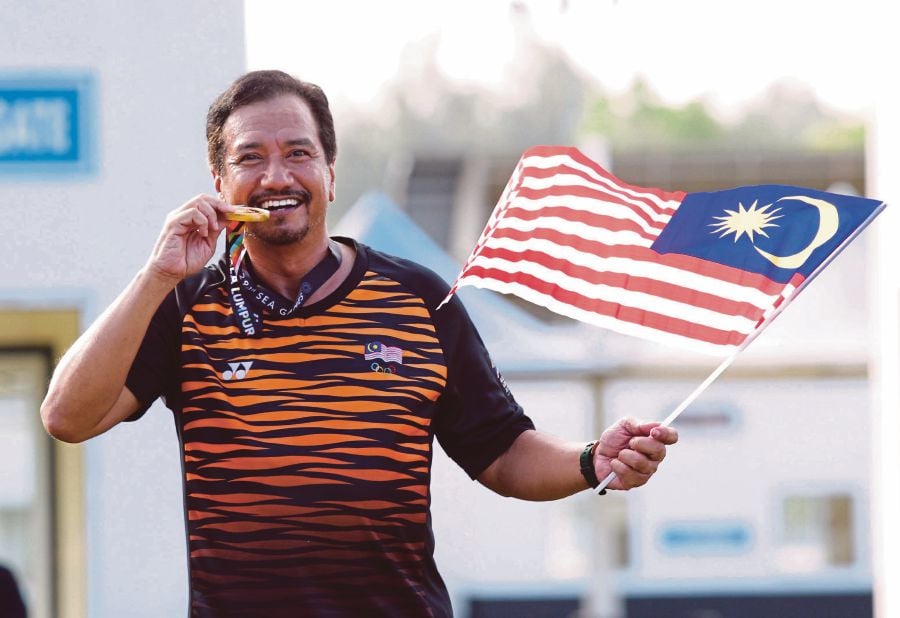 Team manager Che Mat Din said they had studied the strengths and weaknesses of their rivals, especially main challengers Thailand, before formulating a plan to succeed.

“After 20km, we changed our plan when we found out Thailand and Cambodia lagging behind by some 20 and 30 minutes, respectively. We were cruising at an average speed of 20 km per hour and got our rhythm going.

“During the water break and short rest as they completed the first leg of 35km, I advised the team riders to maintain their speed into the second leg of 25km.

“When I observed we were clearly ahead by at least an hour over Thailand and Cambodia, I told them just to relax and cruise ahead and not to push their horses further,” said Che Mat.

He added that the strategy worked well in Malaysia's favour as the riders' horses were not spent towards the last leg and even managed to magnificently gallop to the finish line.

However, as tournament rules did not permit more than two from the same team to win medals, Thailand's Warit Khuntaraporn, astride Shardell Prince Ali, who finished sixth was awarded the individual bronze.

Also, no same rider is allowed to win both the individual and team medals.

But there was no denying Malaysia the team gold as Fuad, Adhwa, Azizatul and Mohd Yusran Yusuf, who was forced to retire after his horse Castlebr Twilight was injured, won the team gold.

All the top five Malaysian riders broke the Games record of six hours, 26 minutes and four seconds set by fellow Malaysian Sulaiman Muda at the Myanmar Games in 2013.

Che Mat said the Malaysian riders will be put to test in October during the Sultan Mizan's Cup 120km endurance race at TIEP and the South East Asia Cup on Dec 20.

Azizatul, who finished fifth at an endurance race in France earlier this year, is due to compete in the World Junior Endurance Race in Verona, Italy next year, where she is the top seed.

Azizatul said they had to race closely together as a team at the Sea Games, as it boosted each other's morale to stay ahead of the competition.

"The weather and condition of the horses also played a key role, apart from our riding skills and strategy. I am glad we did it," she said.

Bulkhari said their proactive measures taken during the race worked greatly in their favour.

"For me, I have to thank my horse for doing a good job by following my riding instructions. I coaxed it by giving it occasional pats and affectionate touches to urge it to race forward.

"This despite the fact that I was riding it only for the third time. I guess, I had build a good chemistry with it to bring results," said Bulkhri.

Fuad also had the same comments adding that he would even give his horse a kiss to show he appreciated its good showing.

Adhwa praised his horse for much of the work done and said there was still a lot of training to do to win more medals.

Meanwhile, Terengganu Menteri Besar Datuk Seri Ahmad Razif Abdul Rahman said the success of the riders augured well for the state to further promote equestrian endurance riding as four of the five medalists were born and bred in Terengganu.

"This success story is due to the diligence of the riders, trainers and officials. They made us proud with not only wining both gold but in record fashion, too," said Razif.

The ruler's wife, Sultanah Nur Zahirah, presented the prizes to the winners.