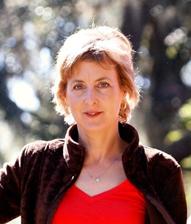 It is with immense pleasure that I announce that the US team of young riders will ride in memory of Deborah Reich at the 2013 Junior/Young Rider World Endurance Championship in Tarbes, France. Deborah was an avid endurance rider, a member of the 2010 and 2011 US Equestrian Teams, and a committed mentor of young endurance riders. She passed away in February.

Deborah enthusiastically joined the sport of endurance riding in 2005 with the dream of one day representing the USA internationally. That goal presented a huge mountain to climb, but Deborah’s attitude and focus were undeterred. She dedicated her all to the effort, and her commitment paid off when she was chosen to represent the USA for the 2010 World Equestrian Games. At that ride, she was the only US rider to finish on her great horse Juniper and they finished in a time that still stands as the fourth fastest time of any American rider in any world championship to date.

Deborah had an uncanny knack of always finishing in a strong position. Her second most notable result was her gritty finish at the 2011 Pan American Games in Chile. The US team was in the lead but at risk of losing that position. At that point Deborah was our trailing team member, and in order to keep the team’s medal-contending position she was asked to speed up on the final loop. She asked her horse Pandor to give his all, and even after suffering some in-race setbacks, Pandor recorded an incredible last loop pace of 20 km/h. In the end, the US team won the silver medal, losing the gold by only one minute and 47 seconds.

Deborah was a terrific role model for other riders because of her commitment to racing as part of a team rather than simply riding for personal success. She was also a very generous sponsor of endurance riding, choosing to direct her philanthropic and mentoring support toward Young Riders and their international efforts. For these reasons, I am simply thrilled to have the opportunity to honor Deborah at the 2013 Junior/Young Rider World Endurance Championships. Her spirit will ride with the US team in France. God bless.
By Endurance.Net - June 28, 2013
Email ThisBlogThis!Share to TwitterShare to FacebookShare to Pinterest
Newer Post Older Post Home