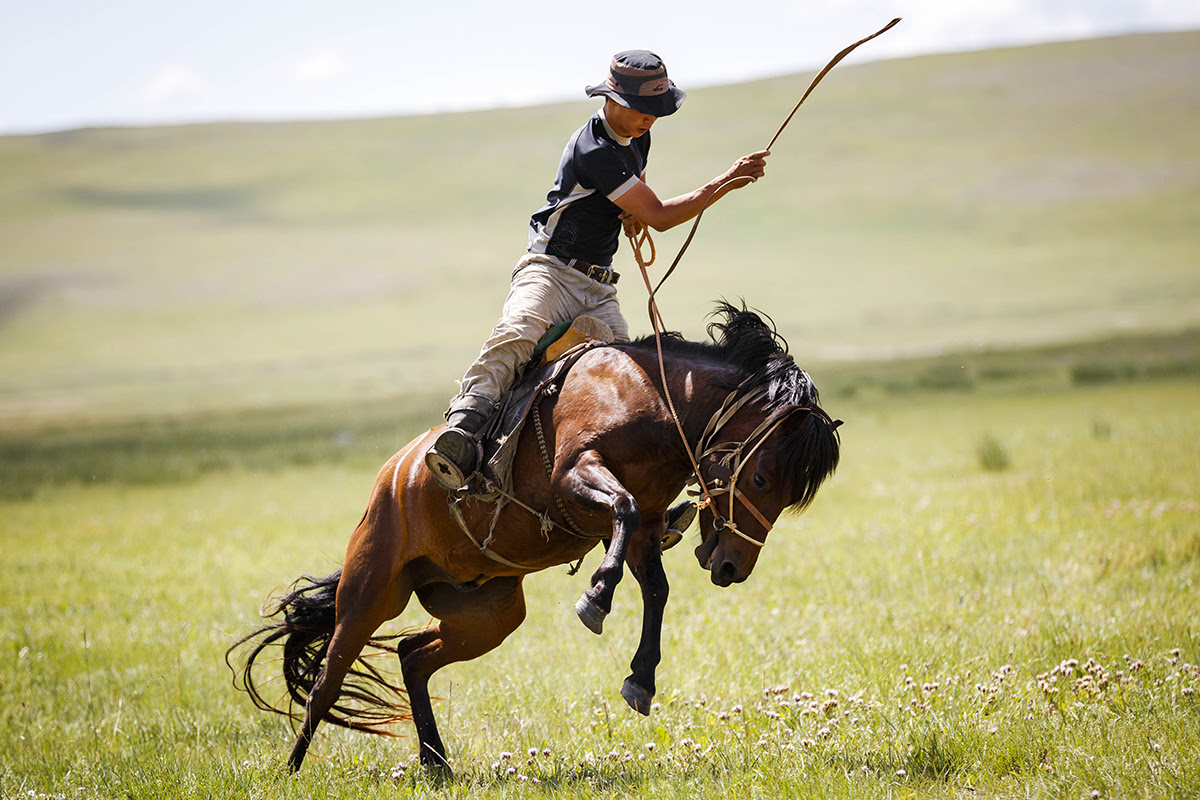 The fortunes of the leading pack have changed swiftly and the next 48 hours could decide the Race Class riders. The front six are overnighting in Urtuu 11. As the first of the two penalty Urtuus, all except rider Venetia Philips will be held there in the morning. Venetia will have to choose whether to sit out the penalty with friend Tatiana Mountbatten or ride on without her.

All the riders in the field will sit out their penalties accrued so far at Urtuu 11, meaning the first rider out the gate from there is the overall race leader.

Camping on the steppe tonight beyond Urtuu 10, Shannon Nott and William Comiskey are both riding penalty free and either might be able to overtake the leading pack through Urtuu 11.

Both chaps had trouble with their horses today. Shortly after leaving Urtuu 9, William's horse went lame, and he turned back, splitting with previous riding companion Heidi Telstad. This manoeuvre cost him several hours as he walked the horse back to the vets at Urtuu 9 and saddled up a different steed. Meanwhile Shannon Nott's horse started to thump and he called the vets out to him. Diagnosed and treated for an electrolyte imbalance, the horse will be fine. It might cause more of a lasting problem for Shannon's previous riding partner Alexandra Hardham who lost her GPS device, scuppering any chance for her to ride solo. "She's parasitic on the other riders now," says Race Chief Katy, "if she can't keep up, she's a sitting duck."

As the race progresses, many of the riders are beginning to show signs of deterioration. Bucking the trend, riders Courtney Kizer and Marcia Hefker-Miles are creeping up the order. Both hailing from the States, they are proving themselves extremely fit and not showing signs of tiring. Courtney has only 28 minutes of penalties and already at Urtuu 11, she's well placed to be at the head of the leaderboard for Day 4.

In the rest of the field, the race is going well. Babs Ketelaar rode a large part of Day 3 on her own and was treated to a kick in the face from her horse. She's got a split lip but is in good spirits and has the comfort of being reunited with friend Josefine Schopman at Urtuu 8 this evening.

Another rider seeing the bright side in an inauspicious situation is Swede Carin Ostergren. She lost her horse, and ran the distance into Urtuu 8 to seek assistance. After initial reluctance, it was recovered and Carin was "treated to a display of retina-burning lassoing from the Mongolian herdsman, so that penalty hour will seem well worth it" reckons Race Chief Katy. Retina-burning, on this occasion, is a positive.

Fellow Swede Sara Pickthall has retired from the race. Medically fine, she's bruised, saddle sore and has chosen not to continue. She'll cheer on friend Carin from the sidelines. Day 3 also saw another retirement from Madison Smith on medical grounds. She fell off her horse yesterday and returned to Ulaanbaatar for treatment. Tests have shown no cause for alarm but she'll not be returning to the Derby this year.

The riders are being tracked live. Find out all the ways you can follow the race on the Live Tracking Dashboard.

We'll be back on Sunday 7th August with the best photo and updates from Day 4. Until then, here's the Day 3 leaderboard. See all the previous leaderboards on the Mongol Derby Rolling News, or revisit the penalty rules that will keep some riders at Urtuu 11.