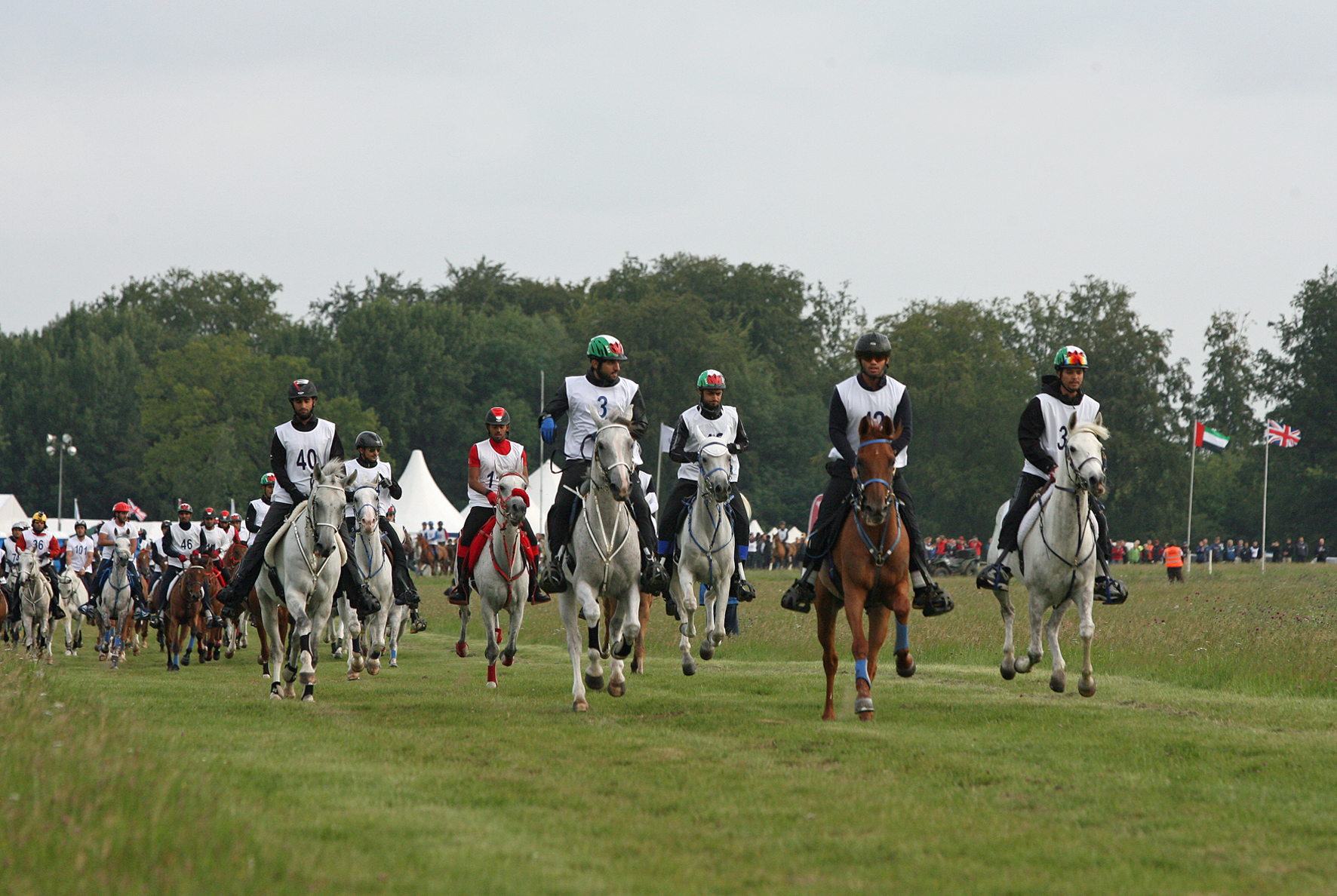 A star-studded field including three former world champions is set to tackle the FEI CEI 4* 160km competition whose title sponsor is Swiss watchmaker Longines.
The 14th running of the championships will see Spain’s Maria Alvarez Ponton attempt to match the USA’s Becky Hart in winning three World titles in succession – a feat first achieved by Hart in 1988, 1990 and 1992 with the great RO Grand Sultan.
Alvarez will partner her 17-year-old superstar Nobby as the pair attempt to make history. Already unbeaten in four successive championships, with two World and two European titles to their name since 2008, unlike Hart and RO Grand Sultan whose victories came on home ground in the USA and in Europe, Alvarez and Nobby have won over widely differing terrain. Their first victory in 2008 came at the inaugural world championship run in a tropical country which was held after the hours of darkness in Terengganu, Malaysia. They went on to romp home at the Europeans at Assisi in Italy in 2009 and then again over the relatively flat track at the Alltech Kentucky World Equestrian Games in 2010 following this up with an invincible performance over the steep climbs at Florac at the 2011 European Championships. A win at Euston Park would cement the diminutive 148cm-high Nobby’s place as the greatest endurance horse of all time.

Fittingly, Becky Hart stages a return to the USA team for the first time for several years as does her compatriot Valerie Kanavy, a double world champion.
Meanwhile HH Sheikh Mohammed Bin Rashid Al Maktoum, whose son Sheikh Ahmed won the world individual title in 2002 at the age of just 16, will lead a strong UAE defence of its world team title for the third time in succession having won convincingly in both Kentucky and Terengganu.

Alvarez’s winning time of 7hr: 35min.44sec at the Alltech Kentucky World Equestrian Games in 2010 will be a target for the winning rider, while teams will be looking to emulate the UAE’s 2010 winning total ride time of 23hr53min36sec – the fastest yet scored a championship.

A total of 29 teams have entered the championship including the host nation Great Britain who were last on the medal table at the 2000 World Championships in Compiegne, France.

Championship organiser James MacEwan said: “We are looking forward to welcoming the world’s leading endurance riders and horses to Euston Park and to what should be a memorable championship in a great year for sport in Britain.”

With around 1000 participants, riders, crew and officials, the championship will have a significant economic impact on the area around Euston Park and the Newmarket area during the build-up and immediately post competition.
By Endurance.Net - August 19, 2012
Email ThisBlogThis!Share to TwitterShare to FacebookShare to Pinterest
Newer Post Older Post Home