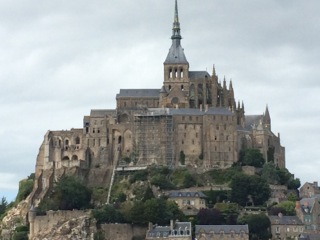 
Thank you to everyone sending well wishes and suggestions. I feel like a heel because I realized today I missed at least one company I should have thanked in that previous email. Animal Health Options has supplied us with Promotion eq for several years now and I can’t believe I forgot them!! They have been super supportive and I love their product. I realized my forgetfulness as I was measuring out this morning’s scoop. Hopefully there aren’t many others I forgot!! 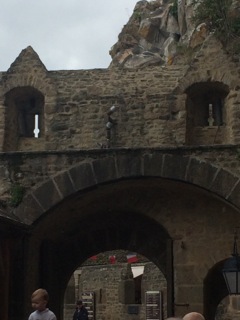 The day started out absolutely beautiful but by 11am a new front had come in and the off and on rain settled in again. I had planned on riding on the beach, but was only going to walk anyway, so I decided to change my plan and put Reveille on the walker for a few hours instead. Caroline, the woman we had visited who lives on the trail near the start, stopped by to tell us her friend (who also lives on the trail) was visited by the Spanish team evaluating the trail, and they had a map (argh!!?!). Not to be outdone, we also went to look at that small section of the trail. Her friend told us the organizing committee was redirecting some of the planned WEG trail because conditions were so wet and muddy. Bad trail conditions will make the trail trickier, but hopefully that will be to our advantage. 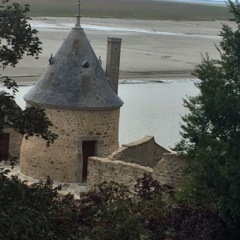 This afternoon we went to Mont St. Michel. It was a quick trip because there is only so much time I feel comfortable leaving Rev, however it was absolutely amazing. It may have been a short trip, but we saw a lot of the parts of the island because our tour guide was Emilio, the Paraguayan masochist. He is amazingly adept at navigating his way through crowds, so the rest of us were left trotting to keep up and after power walking up to the top and realizing the wait for the Abbey
tour would require at least 45 minutes…he hiked us right back down and then started up again by another route. We finally convinced him a more leisurely trek back down to the exit, with some exploration along the way, would be better :). There are 41 monks that currently live on the island. The pictures really don’t do it justice...


You can follow Meg's adventures, get to know the USA team members, keep up with the US quest for a podium medal, and keep up with the World Endurance Championship at the WEG on August 28th here:
http://www.endurance.net/international/France/2014WEG/