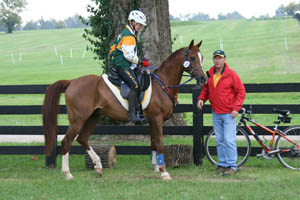 WITH Alexandra Toft's world junior ranking now at number three, she has turned her attention to qualifying for the World Equestrian Games in Kentucky this year.

The 14-year-old Toft, who said she was "very excited" to have won the Australia Day sports award for Ipswich, excelled in her debut World Youth and Junior Endurance Championships in Hungary last year with a 17th placing in the gruelling 120km event.

Toft, who lives at Marburg, said she had to compete and excel in as many 160km events as possible to qualify for the world titles.

More...
By The Equestrian Vagabond - January 25, 2010
Email ThisBlogThis!Share to TwitterShare to FacebookShare to Pinterest