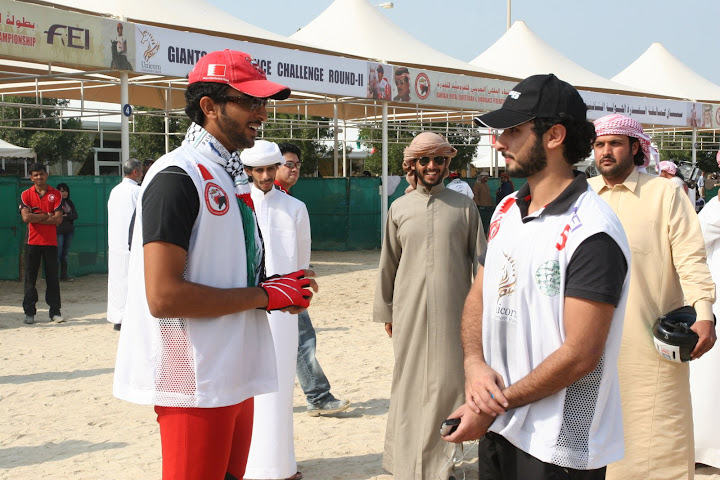 The trio veterans will lead a group of team riders in this ride which is one of three events in the 2010 series being jointly organised by Bahrain and the UAE.

Shaikh Nasser, who came second in last year's Bahrain round, hailed the international gatherings hosted by the Endurance Village in Bahrain as a chance for the elite of champions to compete and exchange skill.

The Bahrain Olympic Committee president expressed gratitude to Unicorn Investment Bank for sponsoring the prestigious event, especially its chief executive Majid Al Refai, and expressed his wish that the support would continue in future competitions.

He commended the directives and positive ideas of Breef president Shaikh Khalid bin Hamad Al Khalifa, mainly in what pertains to prizes which were allocated in a gradually encouraging manner to add more thrills to the competition.

Shaikh Khalid gave his directives to allot a valuable cash prize for the best rider at each of the five stages and to honour the top three riders at the end of the championship.

Saturday's ride will be open to everyone and all participating riders must weigh at least 75 kilogrammes without riding equipment.

The third and final leg will be held in Dubai on the last week of this month and points accumulated over the three rounds will decide the overall champion.

In the first round of the series, which took place at the Emirates International Endurance Village in Al Wathba, Abu Dhabi last month, featured a disappointing finish for all the four Bahraini riders.


Photos of the upcoming ride on January 9, by the Bahrain Media Group, can be seen HERE
By Endurance.Net - January 07, 2010
Email ThisBlogThis!Share to TwitterShare to FacebookShare to Pinterest