UAE: Endurance ride for ladies to be held on Friday 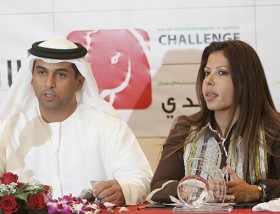 Abu Dhabi: The Second Round of the Dr. Shaikh Sultan Bin Khalifa Bin Zayed Al Nahyan Challenge endurance ride for ladies will be held on Friday and will be followed by two endurance courses for FEI judges at the Al Asayel Endurance Village (AAEV) in Sweihan, Abu Dhabi.

"We have 14 lady riders from the 31 who started who will be looking to garner some more points in the three-round Dr. Shaikh Sultan Bin Khalifa Bin Zayed Al Nahyan Challenge," he said.

Explaining the challenge, Lara Sawaya, Managing Director of Tasweeq, said "Winners of each round will gain 130 points apart from the first prize money of Dh 30,000.

"Another 45, 30 and 15 points respectively for the top three best conditioned horses will also be added while a Dh 10,000 award for the Best Conditioned Horse winner of each round is also on offer," she said.

The Al Asayel Endurance Village in association with the UAE Equestrian and Racing Federation will also be holding two FEI Courses for Endurance Judges, the first time in the world it is being held only for women, announced Sawaya.

Ian Williams, Director of FEI Endurance will be conducting the courses.

"We have 14 lady riders from the 31 who started who will be looking to garner some more points in the three-round Challenge..."
By Steph Teeter - February 04, 2008
Email ThisBlogThis!Share to TwitterShare to FacebookShare to Pinterest
Labels: ride