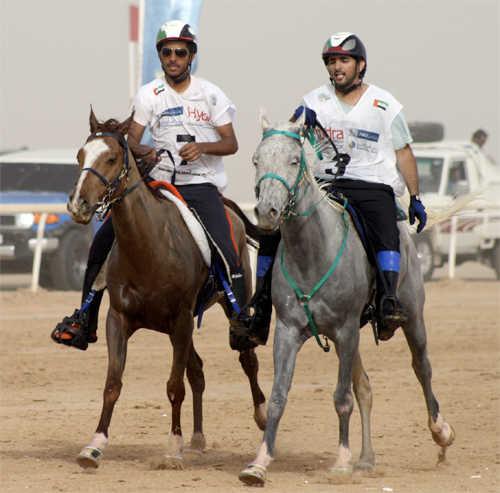 Shaikh Nasser praised the performance of Shaikh Hamdan throughout the race which was over 160km with more than 120 riders from the UAE and overseas in the fray.

They are from the UK, Spain, Portugal, New Zealand, France, Italy, the US, Malaysia, Russia, Uruguay, Indonesia, Oman and Bangladesh.

The race was divided into five stages with the first stage covering a total distance of 34 kms, 32 kms for the second, 30 kms for the fourth and 24 kms for the fifth.

Endurance.Net Coverage
By Endurance.Net - February 17, 2008
Email ThisBlogThis!Share to TwitterShare to FacebookShare to Pinterest