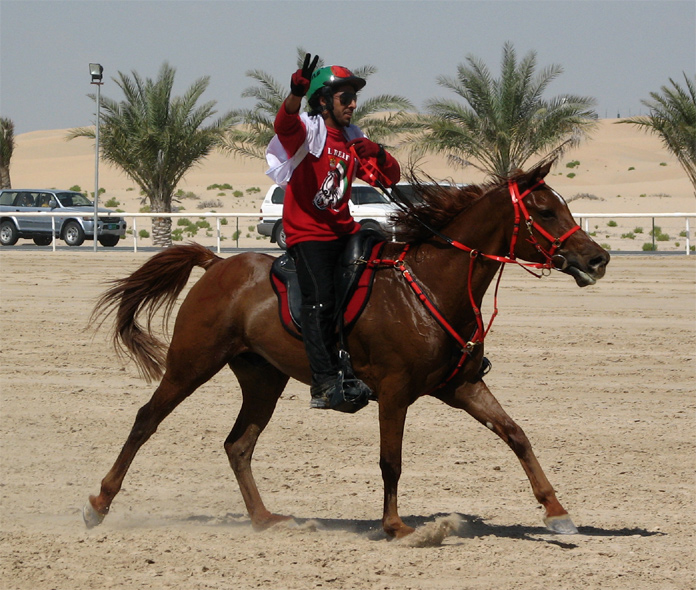 Abu Dhabi: Two endurance rides at two different venues will be held in the UAE today.

However, none of the star riders of the UAE will be on view.

A Nissan Patrol is the first prize and apart from that total prize money of Dh515,000 is on offer in this event which has been conceived mainly to encourage smaller stables and individual owners.

This ride is being held at the Dubai International Endurance City and spectators will get a chance to win Dh50,000 in a free raffle draw.

The President Cup for juniors and young riders will be held at the Boudthib Endurance Village in Al Khatem, Abu Dhabi today.

This annual event, which is a CEI JY two-star FEI ride, will be run over a distance of 100 km.

Today's third ride at the Al Asayl Endurance Centre in Sweihan, Abu Dhabi is the Round II of the three-round Al Asayl Ladies Championship.

The UAE Equestrian and Racing Federation and the Al Asayl Endurance Centre are organising this FEI, CEI two-star event, which will be run in three phases of 30km, 30km and 20 km.

Meanwhile, over 25 lady endurance riders participated in the second ride of three rides prior to a Ladies Endurance Champion being crowned.

The first ride was held on January 19 and the third and final ride will be held on March 9.

A point system has been formulated and the rider with the highest points at the end of all the three rounds will be named the UAE Ladies Endurance Champion.

An amount of Dh111,000 will be awarded to the top five point holders at the completion of all the three rounds.

The rider with the highest number of points at the end of the third ride will get Dh37,000.
By Endurance.Net - February 11, 2007
Email ThisBlogThis!Share to TwitterShare to FacebookShare to Pinterest