Endurance at WEG: What You Need to Know 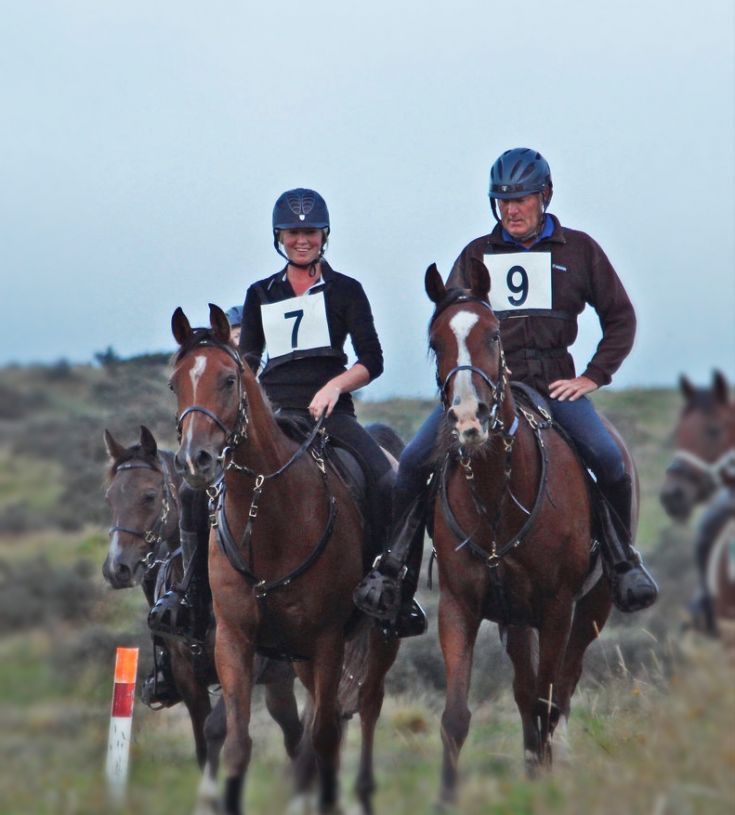 Who will be the partnerships with the speed and stamina to secure Endurance glory at the FEI World Equestrian Games?

Endurance tests the partnership between horses and riders over a marked 160 km course.

Speed and stamina of the horse and rider are challenged as they use pace and navigation skills while racing against the clock. Endurance riders use the slogan, To Finish Is To Win, priding themselves on the fitness of their horses over the course.

The WEG endurance competition is Wednesday, September 12 on the grounds of the Tryon International Equestrian Center and the surrounding area, utilising private land. An elite field of competitors will challenge for team and individual medals, and you can watch it unfold on FEI TV on Wednesday, Sep 12, with the winners to be crowned at around 8.30pm EST (2.30am CET).

Who are the favourites to make the podium in Tryon?

Spain is looking to defend their team gold from the 2014 WEG. Maria Mercedes Alvarez Ponton and teammate Jaume Punti-Dachs both have Individual and Team medals to their names, and are looking to lead their team to another gold.

France and Switzerland earned silver and bronze respectively in 2014 and want to move up the podium. At least 15 riders from eight countries – Ireland, US, Sweden, Great Britain, United Arab Emirates, Spain and Lithuania – furthered their preparation by competing at the WEG test event in April.

Riders from Mexico were training in the mountains of Vermont, Bermuda’s rider competed in North Carolina, and New Zealand’s riders arrived early to acclimate their horses.

Hamdan Bin Mohd Al Maktoum (UAE), Marijke Visser (NED), and Abdulrahman Saad A.s Al Sulaiteen (QAT) won Individual gold, silver, and bronze at the 2014 WEG and are representing their countries again. Penny Toft of Australia is competing in her fifth WEG and is part of a talented Aussie team.

Equestrian fans will also be excited to see teen sensation Pilar Saravia of Uruguay, as well as Bermuda's Marvin Brangman, an ordained minister who only took up the sport in 2015.

Many steps are taken to ensure the safety of the horses during these challenging races.

Mandatory veterinary checks take place between each of the five phases. Horses must be presented to the team of veterinarians with a heart rate of 64 bpm or lower, and pass lameness and metabolic exams.

They have a timed rest period before starting the next phase. Crews assist horses and riders at the checks and designated places on the course. Treatment veterinarians are also available for horses.

What about the 160km course?

Trails are nestled amongst the foothills of the Blue Ridge Mountains and a mixture of dirt, sand, and crushed stone dust. Technical aspects of the course will limit speed. Trails have been groomed to ensure safety, clearing all rocks, holes and tree limbs.

Tune into FEI TV to watch the WEG Endurance competition from 7am - 8.30pm CET on Wednesday, Sep 12...

By Endurance.Net - September 08, 2018
Email ThisBlogThis!Share to TwitterShare to FacebookShare to Pinterest