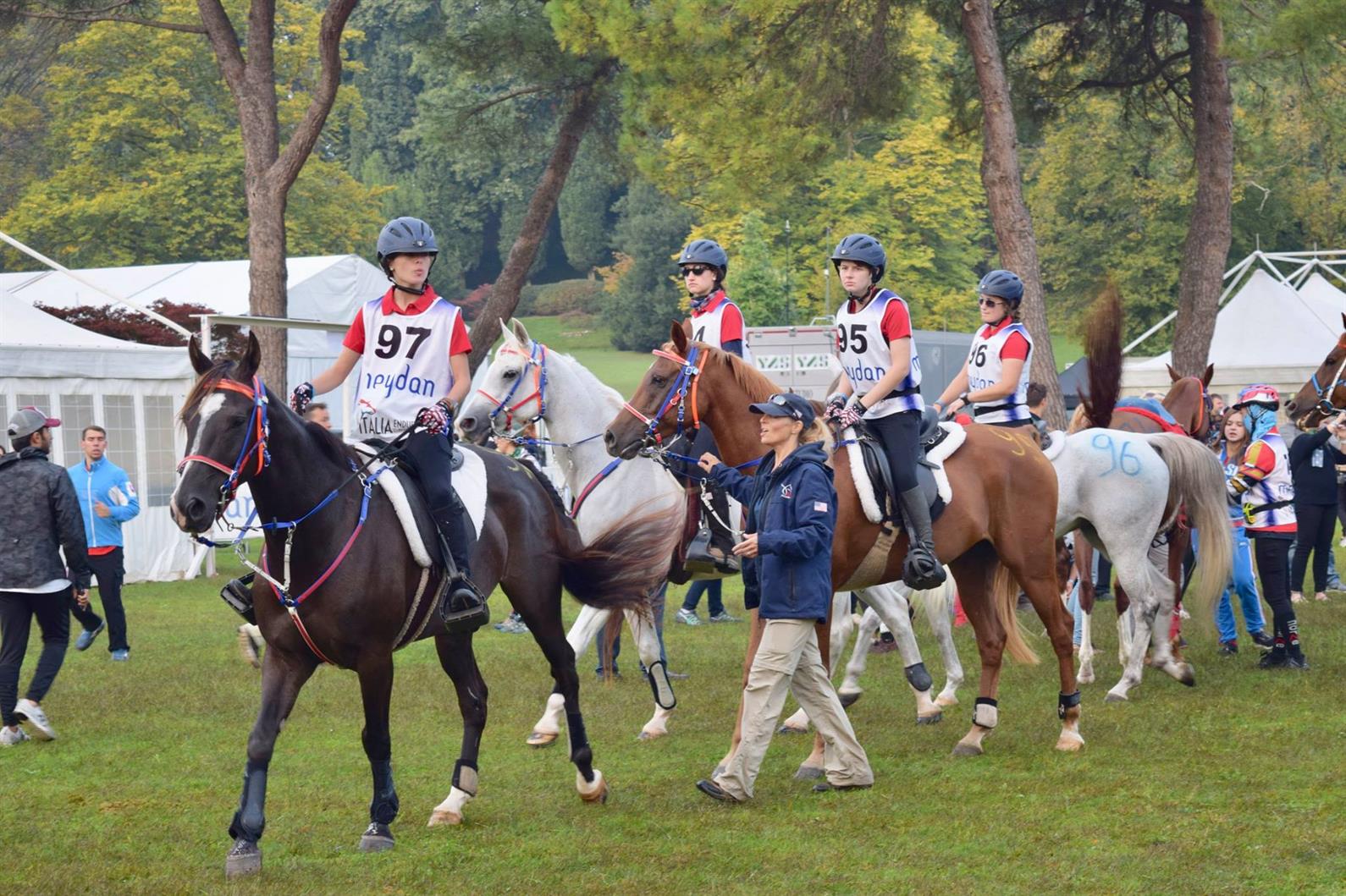 by US Equestrian Communications Department | Sep 23, 2017

“The entire Team showed a lot of maturity in their riding and professionalism throughout the entirety. There were several obstacles and challenges that were overcome by the athletes and their support staff which led to the success of finishing as a team. The entire team’s preparation was outstanding and I am can’t say enough about their willingness to improve upon their previous successes. Thank you isn’t enough to the Road Crew, Crewmembers, Selectors, and the Veterinary Advisory Group for their unwavering support of the U.S. Endurance Program,” said Dial.

Katelyn Baldino (Marietta, Ga.) and Melody Blittersdorf’s Synthetic were unable to complete the race after the third vet check. Dial stated, “Katelyn and Synthetic were primed for this Championship but unfortunately, we had stroke of bad luck which led to their pull for lameness. The pair showed a strong presentation throughout their time here and we can’t thank the Blittersdorf’s and Misty McAdams enough for their care of Synthetic.”

The USEF International High Performance Programs are generously supported by the USET Foundation, USOC, and USEF Sponsors and Members.