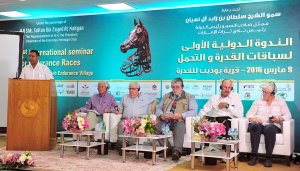 11 March, 2016, Abu Dhabi ~ The 1st International Boudhieb Endurance Conference was held on 10 March, 2016 outside Abu Dhabi at the Boudhieb Endurance Village. Disrupted by extraordinary storms and a deluge of rain, the 1st International Endurance Seminar had to be postponed for a day, but this did not stop participants and guests from enjoying a most interesting and thought provoking event which set out to discuss and expand on what has become to be known as the Boudhieb Rules.

His Highness Sheikh Sultan Bin Zayed Al Nayhanthe moving spirit for not only the Conference but also for the Boudhieb Rules was present throughout, and he was delighted by the attendance and appreciated the strong support his ideas received from the speakers and guests.

The Boudhieb Rules have sparked an intense debate both Nationally and Internationally about the meaning of endurance, whether the long distance flat races run against the clock as seen in UAE can legitimately be called endurance or whether other criteria which ensure the welfare of the horse are not more relevant to the spirit of the sport. For His Highness there is no doubt and the Boudhieb Rules reflect his ideals. He issued an ultimatum, “Reform or stop – no compromise...” 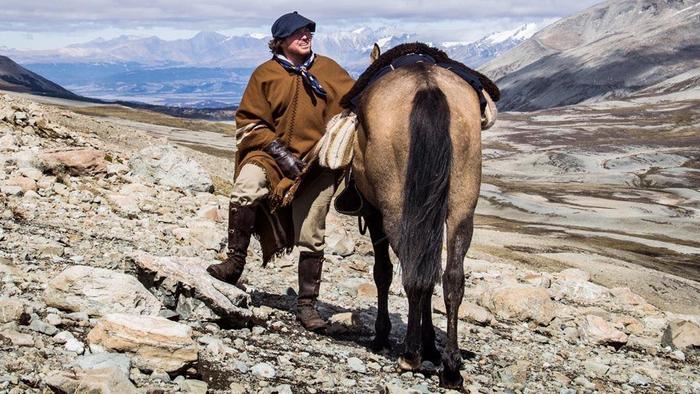