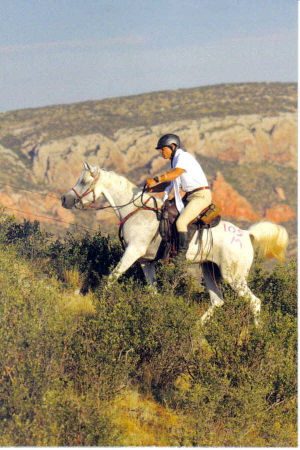 Campbell, 64, is the new head of the American Endurance Ride Conference, dedicated to long-distance, competitive horseback riding. The group is established across the United States as well as in Canada.

A longtime horse owner, Campbell stood near his stable, watching a friend brush one of his seven Arabian horses, which he described as the “most spirited” of all the breeds.

He remembered his first long-distance horse ride with friends in Central Texas. Afterward, his friends asked him whether he would try endurance riding again.

“I said, ‘Yes,’” Campbell recalled. Since then, he has said “yes” to many more rides, accumulating more than 11,000 miles during the past 20 years.

The endurance rides fall into several categories: The shortest distance is 25 miles; the longest is 100 miles and must be completed in 24 hours.