Competing were invited 'guest' GBR rider, Dace Sainsbury, with her horse Ballotta, who travelled out from the UK; and Emma Finnie who is based in the UAE.

Emma Finnie finished in 11th place at an average speed of 24.895 kph. A great result for her! Congratulations. Emma is based in the UAE and was riding a locally trained horse belonging to the well know Al Wathba stables.

Sadly for Dace Sainsbury Balotta (Lottie) did not pass the Re-examination at VG5, with 16km to go. Failed on pulse. Such a shame, but well done Dace and Lottie.

Dace's Snow Team finished 7th overall out of 16 declared teams at the start. Two of our teammates were fortunate to finish; Jeanne Holum (NOR) and Natalie Terberova (CZE).

The winning team was Al Nasr 1 Endurance Stable with 3 finishers. The other European Team uniting France, Spain and Portugal were 4th.

They were in 23rd place at the first vetgate but ran up with the leaders for most of the race.
By Endurance.Net - February 24, 2013
Email ThisBlogThis!Share to TwitterShare to FacebookShare to Pinterest
Newer Post Older Post Home 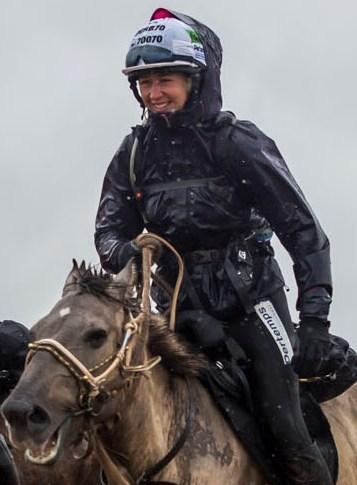