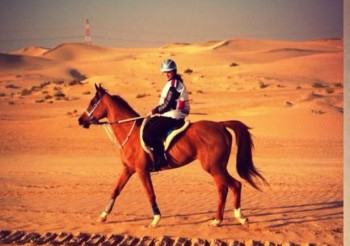 The next Saturday, February 15, 2014, the President Cup 2014 will be held in Abu Dhabi (UAE), with six Spanish pairs in the test.
This is the information from the FEI.

On Saturday February 15 will be held in Abu Dhabi (United Arab Emirates) the race of the President's Cup 2014, one of the most prestigious equestrian and competed resistance tests on the international calendar.

The President's Cup was created in 1994 by Sheikh Khalifa bin Zayed Al Nahyan, President of the United Arab Emirates and is from the first edition one of the great tests of modality.