Spain: Presentation of the VI Kaliber-Andalucia 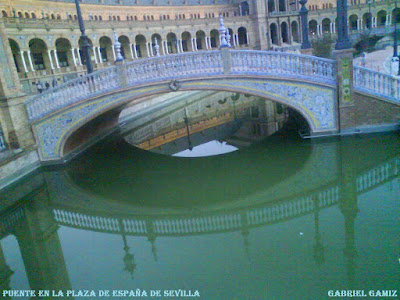 Next Tuesday 29 March at 13 hours , will take place at the Foundation Cruzcampo the presentation of the sixth edition of the Raid Kaliber-Andalusia .

The event will be attended by Minister of Tourism, Trade and Sport of the Junta de Andalucía, Mr. Luciano Alonso, the president of the Foundation Cruzcampo, Julio Cuesta and the president of Raid Kaliber-Andalucía, José Manuel Soto.

The presentation ceremony will be announced the latest edition, as well as provide details of the stage show to be held on Sunday 3rd April in the city of Seville and will feature the participation of riders Raid and amateur horse.

For more information on the Raid Kaliber-Andalusia, see
http://www.tierrasdeal-andalus.com/
By Endurance.Net - March 23, 2011
Email ThisBlogThis!Share to TwitterShare to FacebookShare to Pinterest