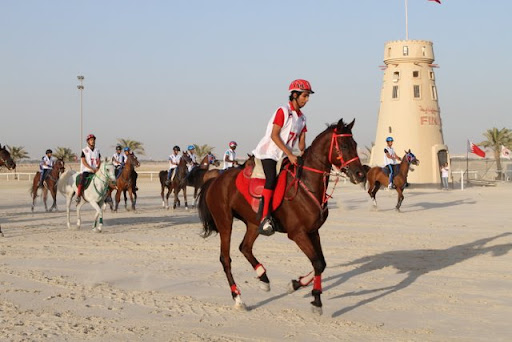 The 80-kilometre event saw up to three riders battling it out for victory, and in the end only 20 seconds separated first place from third.

The race was organised by the Bahrain Royal Equestrian and Endurance Federation (Breef), under the leadership of Shaikh Khalid bin Hamad Al Khalifa.

The ride acted as a qualifying event for future endurance races. It also aimed to attract new riders to the sport, and assist existing competitors in their preparations for the upcoming national season.

The event's total distance was split into three stages, 30 kms each for the first and second legs, and 20 kms over the final stage.

Singh, from Bahrain, won with a total ride time of three hours, 19 minutes and 42 seconds. He narrowly clinched first place ahead of runner-up Sumer Singh Jagmal of India, who finished just three seconds behind. Jagmal was riding Zayed Shakhan.

Both were among the top three heading into the ride's final leg, when Abdulhak Kaddouri, also of Bahrain, was in front. But they later overtook Kaddouri, who was riding Jamaal. Kaddouri was forced to settle for third place as he finished 20 seconds off Singh's time.

Sixty riders were in the fray when the race was flagged off late on Friday afternoon. Only 31 completed the entire 80 kms distance.