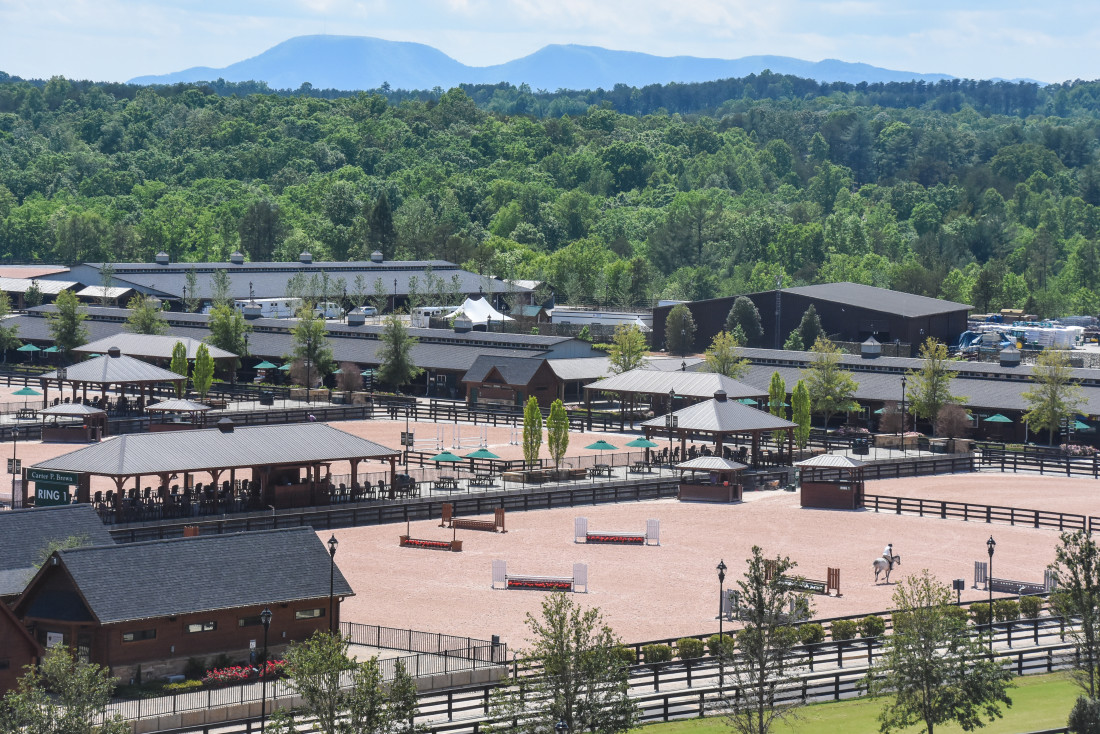 Next month, one of the biggest events in equine sports is being held in Tryon. The World Equestrian Games, slated for Sept. 11-23, are considered second only to the Olympics in importance. The games have taken place every four years since 1990.

All told, 849 athletes and 839 horses from 72 different nations are expected to take part in both team and individual challenges. And with nearly 500,000 spectators expected to attend over the course of two weeks, the event has spurred massive construction projects in Tryon, including multiple new stadiums to accommodate the crowds.

“We are in the process of completing three new active field-of-play arenas,” says Carly Weilminster, assistant director of marketing for the Tryon International Equestrian Center. “One will be the main 20,000-seat U.S. Trust Arena, which will host eventing, show jumping and dressage.” The driving stadium, meanwhile, will seat 3,000 spectators, and the indoor arena, which has been enclosed to host vaulting and reining, will have a 5,000-seat capacity. “We are also expanding the seating in the George H. Morris Arena at Tryon Stadium to seat nearly 8,000,” she explains.

But while the equestrian center needed to gear up to accommodate more humans, there was already plenty of room for the horses. “We have not had to build or construct any additional stabling,” notes Weilminster...

By Endurance.Net - August 07, 2018
Email ThisBlogThis!Share to TwitterShare to FacebookShare to Pinterest