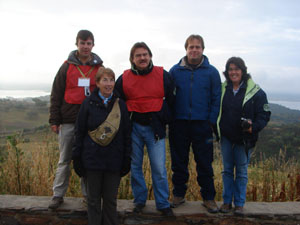 Ana Margarida Costa and Gozlane du Somail won the 2009 Portugal Championships held 30 kilometers west of the Spanish border, near the historic medieval village of Monsaraz, in the beautiful hills of the Alentejo province. (Alentejo means "far from Tejo", the river belonging to Lisboa going to the Atlantic.)

Endurance.net coverage and results, and photos by Alice Proust at 2009 Monsaraz.
By The Equestrian Vagabond - April 27, 2009
Email ThisBlogThis!Share to TwitterShare to FacebookShare to Pinterest