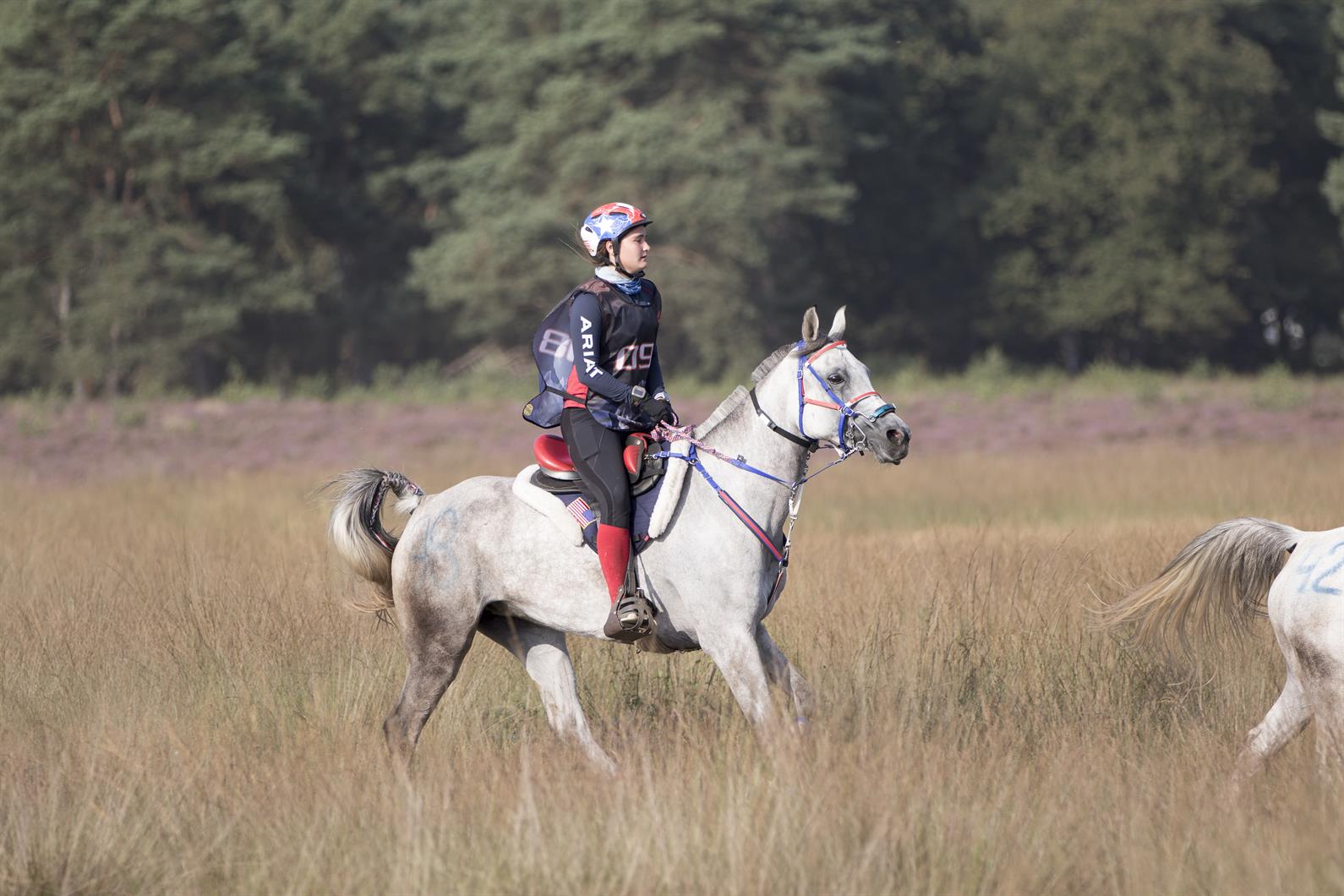 In the only major international championship of the year for U.S. Young Rider and Junior endurance athletes, the 2021 FEI Endurance World Championship was a welcomed opportunity for talented and upcoming youth athletes from the U.S. to test their horsemanship skills against other international youth athletes in a competitive championship environment. The 2021 FEI Endurance World Championship for Young Riders & Juniors saw more than 20 countries comprised of 74 total combinations contest the ride with 38 pairs ultimately passing the final horse inspection to complete the ride. Each horse was required to pass a mandatory veterinary inspection focused on soundness and metabolic recovery rate at the conclusion of each loop to continue forward with the ride, with two checks occurring before combinations set off on their final loop.

Providing a pathway to future senior championships, the U.S. Endurance Team finished all three team combinations, with Shampoe earning 14th place as the highest-placed American and finishing the ride in 6:23:44 with Promissin Gold, a 2013 Arabian mare owned by Valerie Kanavy. Dugan rode Southern Justice, a 2012 gelding owned by Sally Jellison and Dessia Miller, to 32nd place overall, completing their fourth and final loop at 7:27:40. Wert and Dude Free Gold, a 2008 Arabian gelding owned by Valerie Kanavy, took 34th place, completing their ride in 8:01:50...

By Endurance.Net - September 11, 2021
Email ThisBlogThis!Share to TwitterShare to FacebookShare to Pinterest