Clean Endurance reports that in the December 29 CEN 120-km Gamilati Cup in Dubai, 3 horses suffered catastrophic injuries. "8 horses failed to complete, 1 suffered a minor injury, 3 were disqualified for not presenting at the vet gate within the maximum allowed time, and another 4 horses were brought back by ambulance for lameness and/or metabolic issues."

Another mare was reported as a catastrophic injury in the CEN 120-km Maktoum Cup for private stables the same weekend.

These races were run under National rules and not International FEI rules, so they are subject to less regulation and protection for the horses.

On January 1, Endurance GB released a statement calling for the fullest possible investigation by the FEI following these Catastrophic Injuries in these CEN rides.

In today's statement, Endurance GB’s new Director of Welfare, Antonia Milner-Matthews, a veterinary surgeon who also competes at International FEI level endurance said in part: “Endurance GB’s board and membership have been shocked and saddened to learn of the tragic Catastrophic Injuries that occurred to four horses competing over the weekend. We understand that although this was classified as a National (CEN) ride, there were at least 20 nationalities represented. It is clear that running these events with a very international flavour as CENs is not within the spirit of Article 101 of the FEI’s General Regulations and we have grave concerns that such rides do not carry the level of scrutiny, welfare safeguards or sanctions that are in place at FEI CEI International level competition. We are calling on the FEI to review this. While Endurance GB feels that many of the new FEI rule changes coming into effect in 2020 will help improve welfare at international rides, the FEI must have backing at every level from national federations and sports’ governing bodies to both enforce and continually review both rules and the sanctions it imposes for failure to comply. Cleaning up endurance internationally must be the global priority for our sport in 2020 whatever that takes."

As one of the riders aboard one of the CI horses was Dutch, the Dutch National Federation is now considering denying riding permissions for National competitions in the UAE.

Surely, more will be forthcoming from the FEI regarding these abuses.

By Endurance.Net - January 01, 2020
Email ThisBlogThis!Share to TwitterShare to FacebookShare to Pinterest

CEF back in action with first-ever 80-km endurance race 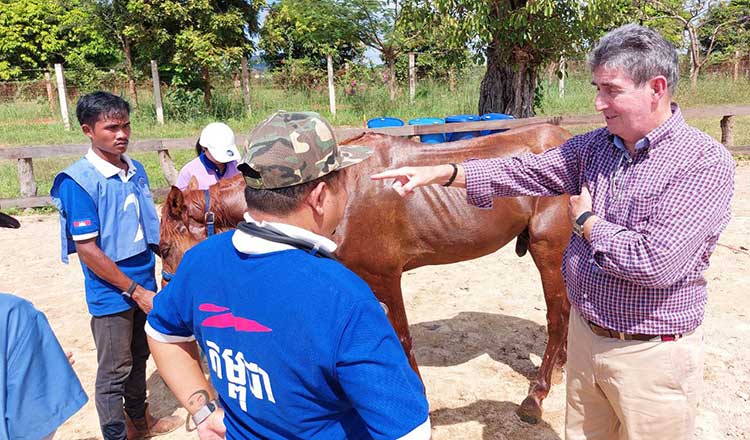