2019: A Look Back at Endurance, Reining & Vaulting 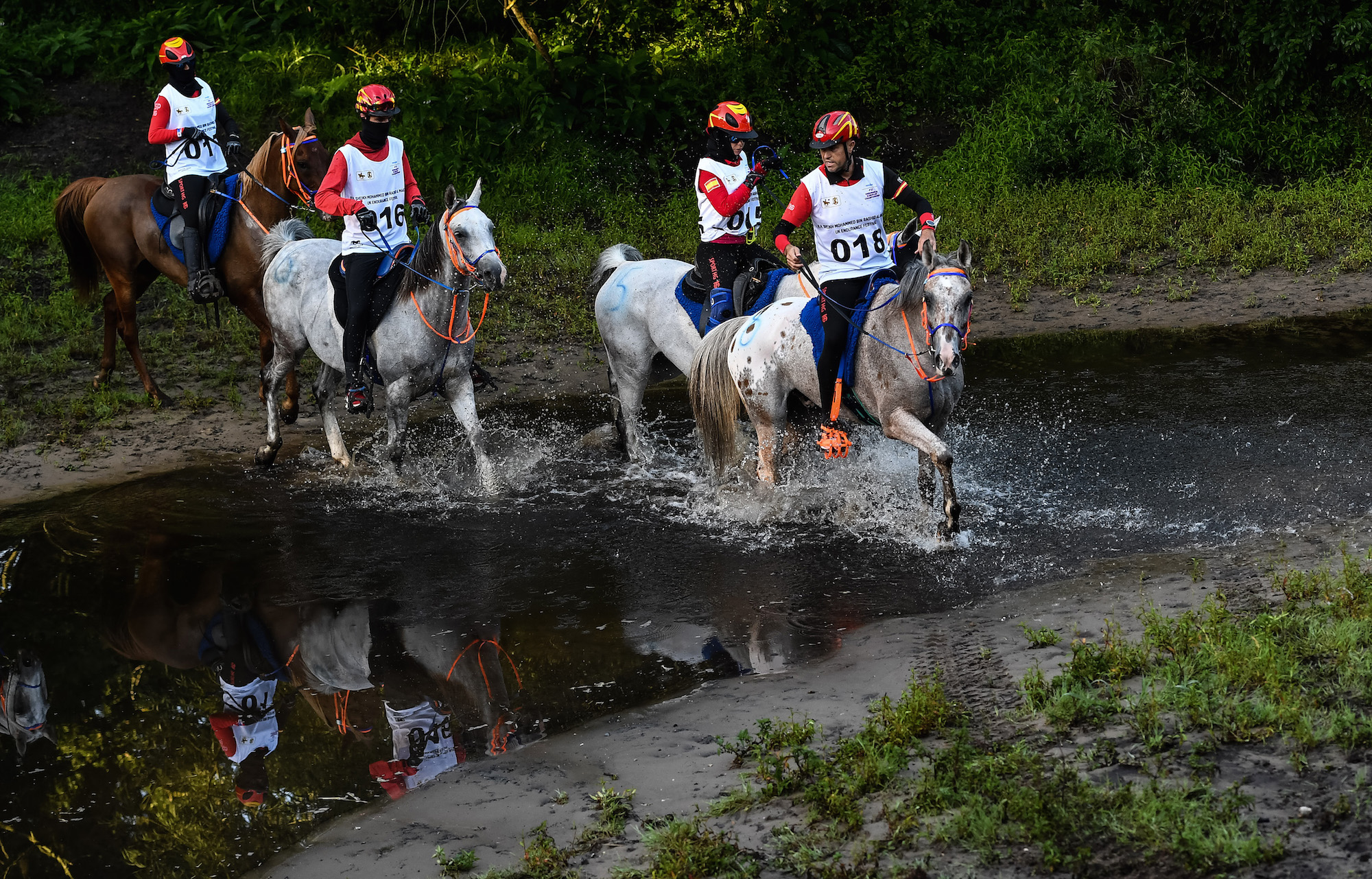 We look back on a year of thrills in these three disciplines...

The 200-acre venue in Thetford Forest was perfect for the event, and the new location will help build a legacy for the future, as seniors and young riders are easily able to compete there from throughout Europe.

Fans lined the tracks that followed along ancient forests and historic parkland, filled with river crossings to test the equine athletes. Sixty-three horses from 20 nations were at the starting line for the Championships.

It was Italy’s Costanza Laliscia who ultimately took the top Individual honours in the 160-kilometre ride, aboard Sacha El Kandhaar. Her teammate Carolina Tavassoli Asli riding Sequinte had held the lead throughout much of the competition but fell back in the final loop to yield to Laliscia.

Paula Muntala Sanchez of Spain took the silver medal on T’Aime De Coeur, whilst Jaume Punti Dachs, also of Spain, and Echo Falls won the bronze, after the disqualification of Tavassoli Asli ahead of them.

It was Spain at the top of the Team podium. France went home with the silver medal, and Germany secured the bronze.

Less than half completed the 14-hour race and many of the last riders finished in the dark. Now, that’s a true show of endurance!

By Endurance.Net - December 26, 2019
Email ThisBlogThis!Share to TwitterShare to FacebookShare to Pinterest