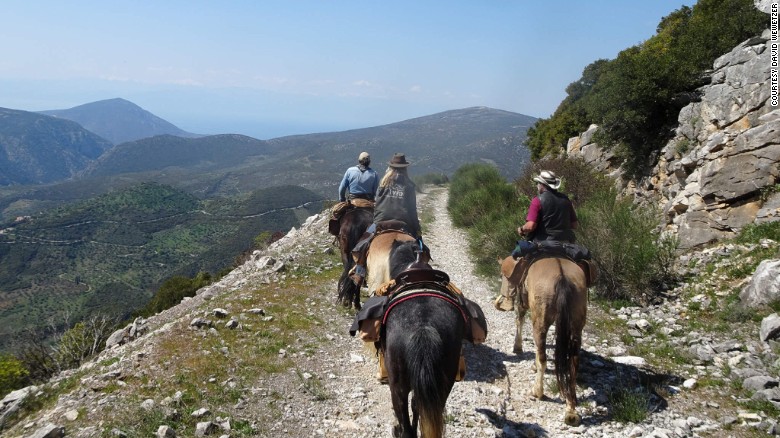 Athens, Greece (CNN)It could be a story out of Greek mythology: three men and a woman setting out on horseback to ride across Europe in 100 days. Tagging along with them is a rider-less steed named after the Greek messenger of the gods, Hermes.

But this isn't a poetic narrative from Homer. It's actually happening now, a wondrous and rather surreal conjunction, both marathon horse ride and contemporary artwork. (Anything, it seems, can be art these days if the artist decrees it.)

The piece is titled "The Transit of Hermes," and in one sense, it's romantic. It harks back nostalgically 150 so years or so to a time before the automobile, when horses ruled and you could canter freely across any border...