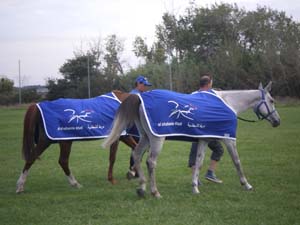 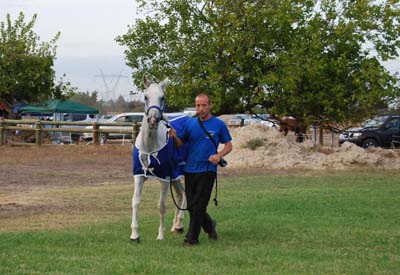 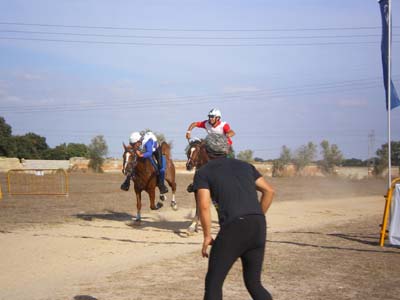 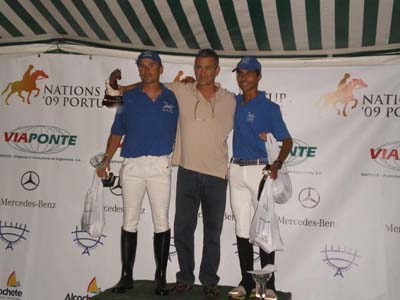 "We are thrilled with our race results as it demonstrates the equine talent we are actively seeking to develop and promote through our stud. We are completely dedicated to the support of endurance around the world. The Barroca d'Alva ride attracted a large number and high caliber of participants from around the world to take part in what was truly a world class race. We look forward to becoming increasing involved with the support and promotion of endurance in Portugal as well as other European nations", said a representative of Al Shahania stud.

Riding close together, Al Shahania fillies Utopia and Kirina kept to the front of the pack throughout all loops of the race. Already 1st and 2nd after the fourth loop, their last rival could not continue. In the final 5th loop they steamed by the others at an average speed of over 20 kph to singularly grab the lead, and take victorious first and second place, a second apart from one another.

Andre Borges on Kirina galloped into first with a time of 6:13:34, and only one second behind was Luis Romero on Utopia Rounding out Al Shahania's victorious day, Renato Contreras on Andalus finished fifth with a time of 6:56:27. The winning filly Kirina was later judged to be the Best Conditioned horse.

The 160 km race route although mostly flat, was variable with diverse land use ranging from forestry and estuary terrain, to vineyards, and agricultural farmlands. Due to the course's variation, several riders were heard to comment that it was a race that would require careful thought, and strategy.

Race host city Barocca d'Alva is situated approximately 30 minutes from Portugal's capital city Lisbon. The area is a renowned equine hub organising various equestrian competitions throughout the year. Whilst Portugal had previously hosted many important European endurance races, this international race highlights the fact that the climate and diversity of the country’s terrain makes it a highly desirable race venue.
Located in an oasis outside Doha, the capital of the Arabian Gulf state of Qatar, Al Shahania is one of the most progressive and successful Arabian breeding and racing establishments in the world. The impressive facility boasts state-of-the-art equine breeding laboratory and barns, full quarantine facilities, and lush pastures ideal for young, growing horses. Currently producing an average of 20 foals per year, the farm is breeding consistent quality flat racers as well as endurance Arabians.

Keen to embrace the world's growing interest and participation in endurance, Al Shahania has ambitious plans for future race sponsorships as well as increased breeding efforts.

Al Shahania Stud, founded by HH Sheikh Mohammed bin Khalifa Al Thani, is recognized as an international racing enterprise. In all, 157 horses reside at Al Shahnia, predominantly of French lines, and the farm produces an average of 20 foals per year. In the 20 years since its inception, Al Shahania has earned a place among the world’s great Arabian race stables, helps define the standard for excellence in breeding of the Arabian horse. Al Shahania breeds both flat and endurance racers, and is consistently producing results-driven horses.
By The Equestrian Vagabond - October 08, 2009
Email ThisBlogThis!Share to TwitterShare to FacebookShare to Pinterest