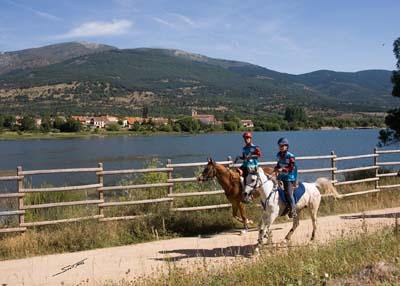 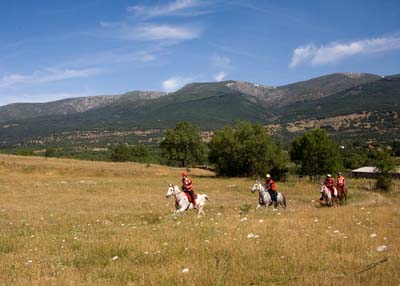 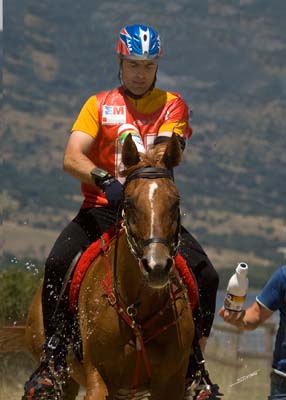 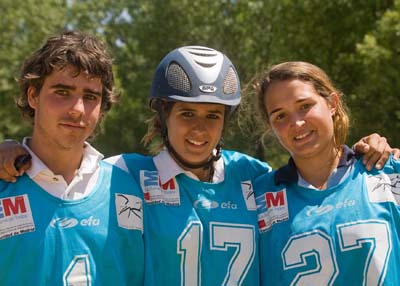 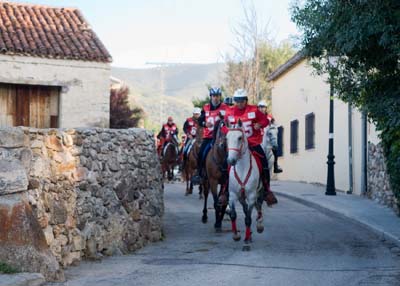 El Paula 120km a successful race for participants and organizers

June 28, 2008, Puerto de El Paular, Spain: The results from the first ever FEI-sanctioned 120 km endurance race held in Spain's Penalara Nature Reserve brought forth a promising crop of young Spanish riders who were qualifying for Spain's National Team. Sponsored by Al Shahania Stud of Doha, Qatar, this event highlights the stud farm's firm support of endurance racing around the world and their dedication to the sport.

Held over June 27th and 28th, the 120 km race for adults and juniors challenged riders and horses with a stunning course through mountainous terrain and forest found in this natural preserve. Located only an hour from Madrid, the location was chosen both for its beautiful scenery as well as its cooler temperature.

"We are thrilled to have sponsored the first running of the International Endurance Valle de El Paular. We witnessed a high caliber of horses and riders, and are very pleased with the local support we received. We are confident this race will continue to foster young riders talent, and we look forward to our continued support of this race, as well as others," said a representative of Al Shahania Stud.

Located in an oasis outside Doha, the capital of the Arabian Gulf state of Qatar, Al Shahania is one of the most progressive and successful Arabian breeding and racing establishments in the world. The impressive facility boasts state-of-the-art equine breeding laboratory and barns, full quarantine facilities, and lush pastures ideal for young, growing horses. Currently producing an average of 20 foals per year, the farm is breeding consistent quality flat racers as well as endurance Arabians.

"This is the biggest thing to happen in this village in a long time. The race was very well organized, and it is a great opportunity for our youth, as well non-riders to get a sense of what this sport is all about," commented a local resident.

Accomodated in the historic Sheraton Santa Maria de El Paular 15th century Monastery and Hotel, race participants and organizers enjoyed a lively cocktail party pre-race, and an enthusiastic prize giving ceremony wrapping up what was a fun filled weekend for all.


Al Shahania Stud, founded by HH Sheikh Mohammed bin Khalifa Al Thani, is recognized as an international racing enterprise. In all, 157 horses reside at Al Shahania, predominantly of French lines, and the farm produces an average of 20 foals per year. In the 20 years since its inception, Al Shahania has earned a place among the world’s great Arabian race stables, helps define the standard for excellence in breeding of the Arabian horse. Al Shahania breeds both flat and endurance racers, and is consistently producing results-driven horses.


Complete results here.
By The Equestrian Vagabond - July 07, 2009
Email ThisBlogThis!Share to TwitterShare to FacebookShare to Pinterest