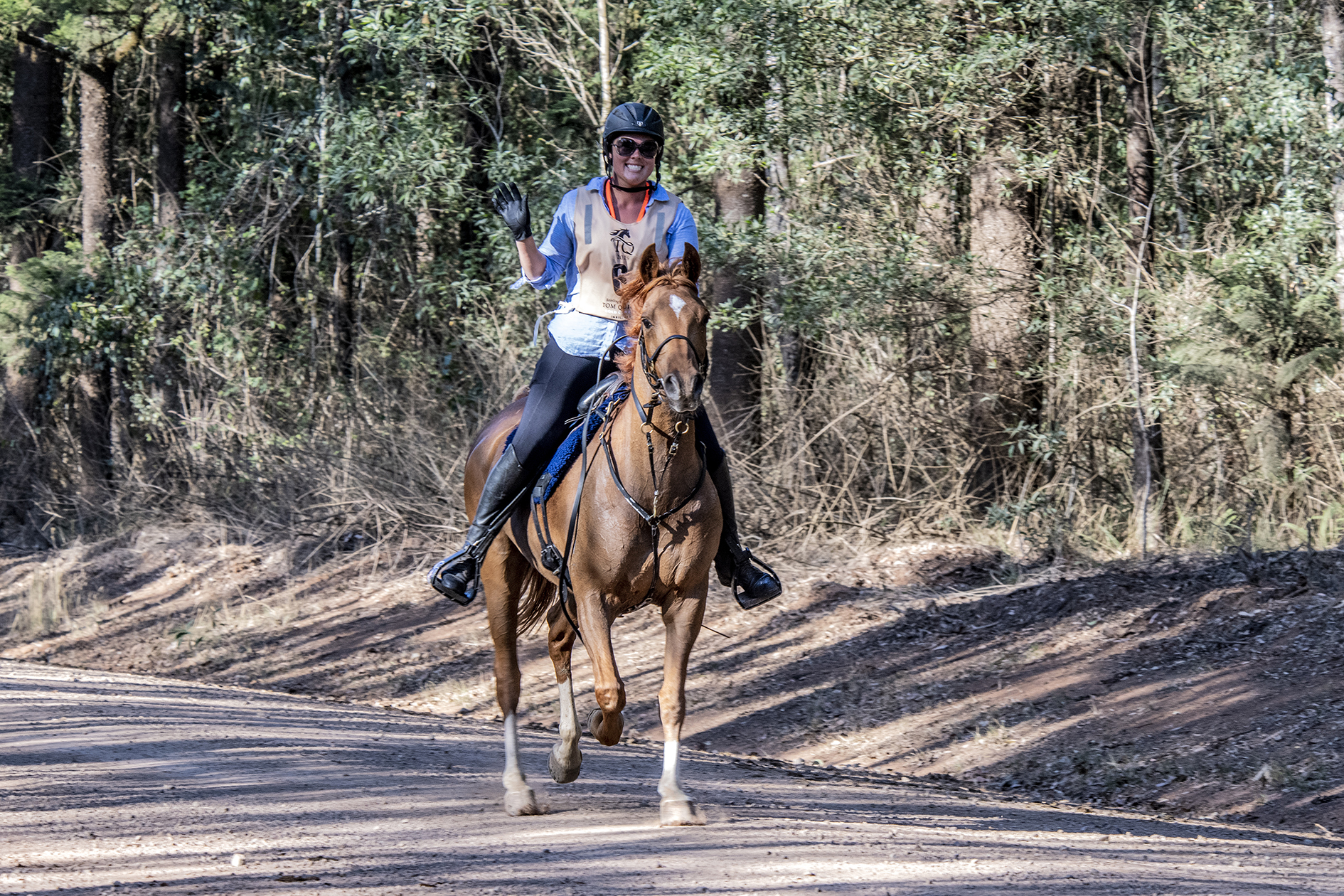 The 30-year-old from the Adelaide Hills crossed the line riding Minton East Chaucer 11 hours and 17 minutes after setting out into the Imbil State Forest tracks at 2am that the morning to tackle the course.

Ride organiser and President of the Stirling’s Crossing Endurance Club Kim Moir said she was delighted with the Equestrian Australia Championships and complimented Ms Harbison on an exceptional ride.

“Stella finished 25th in her division in the 2019 Tom Quilty Gold Cup in July which was also hosted at Stirling’s Crossing Equestrian Complex,” said Ms Moir.

“To see her return from South Australia just two-and-a-half months later to take out the Equestrian Australia Championship title for the three-star Fédération Equestre Internationale (FEI) accredited ride is impressive and we congratulate her on the outstanding result.

The junior title went to Tahlia Franke from Table Top, NSW riding Oso Florin who completed the ride in 13 hours and 45 minutes.

The event also included a hotly contested 80km FEI accredited ride (1 star), with the winner Imbil local Akhmed Pshunov crossing the line just six seconds ahead of runner-up Christopher Bailey from Orange, NSW who was only two and a half minutes ahead of Imbil local Nikki Scott who took out third.

“When you have riders out on the track for over five hours and they come across the line a few seconds apart it makes for great competition throughout the ride,” said Ms Moir.

“The junior title in this ride was also very close with Toowoomba riders taking home both first and second place when they came over the line only seven seconds apart having been out on the tracks for close to seven hours. 17-year-old Molly Choyce took out first and 15-year-old Mognild Eerkens came in second, with third place going to New Zealander Ana Whitehead (17).”

The two star 120km FEI ride saw only one completion with the junior title going to Elexis Webb from Boorabee Park, NSW.

In addition to the three Equestrian Australia Championship FEI rides, there were seven other rides at the event including two introductory rides to give new endurance riders the opportunity to try the sport.

Matthew Sample said he was very keen to grow the sport of endurance by offering a range of rides starting at 20km introductory rides and including 40km, 60km, 80km, 120km and 160km rides to cater for all skill levels.

Over 182 riders participated across the thirteen rides bringing 400-500 support crew and family members to the Mary Valley region over the three-day event.

By Endurance.Net - October 07, 2019
Email ThisBlogThis!Share to TwitterShare to FacebookShare to Pinterest