The semen of the horse RSC El Deb Haran, property of the businessman Claudio Bagarolli, will be exported to the United Arab Emirates for reproduction. The buyer is the horse-breeding farm Wrsan Stables. The sale was settled after the participation of the animal, an Arab thoroughbred, at the World Endurance Championship, which took place in the Emirates in January.

RSC El Deb Haran in the Dubai desert, in January this year: successful in Brazil and abroad
Isaura Daniel*

RSC El Deb Haran in the Dubai desert, in January this year: successful in Brazil and abroad

São Paulo - The semen of the Brazilian horse RSC El Deb Haran will be exported to the United Arab Emirates. The horse-breeding farm Wrsan Stables, located in Abu Dhabi and property of the emirate's royal family, will import the semen of the horse, an Arab thoroughbred stallion, for reproduction. According to the horse's proprietor, the Brazilian businessman Claudio Bagarolli, the shipment should be made up to the month of October.

RSC is 13 years old and is part of the horse-breeding farm Rancho Santa Cândida, in the city of Campinas, in the interior of the southeastern Brazilian state of São Paulo. The animal was the Brazilian equestrian endurance champion in 1999 and has competed twice outside Brazil. The first in the World Equestrian Games, in 2002, where the animal won the title for Best Stallion and Best Brazilian Team. This second prize means it was the first horse to finish the test amongst the six Brazilian horses competing.

RCS's second competition abroad was at the World Endurance Championship, in January this year, in Dubai, in the United Arab Emirates. The animal was once again the Best Stallion and Best Brazilian Team. It was in this competition that the Abu Dhabi farm was interested by the horse. "They wanted to buy the horse," explains Bagarolli. The businessman didn't accept selling the animal, but settled the semen sale.

The quantity to be shipped to the Emirates will be used to cover 50 mares. Another ten doses, enough for about ten mares, will be exported to the United States. The shipment will also be made up until the month of October. The semen, which will be transported frozen, has already been collected. The proprietor of the Rancho Santa Cândida farm is waiting only for the bureaucratic part of the transaction to be ready to make the shipment.

RSC was breeded by Bagarolli himself, who maintains about 30 horses in his farm. The Rancho Santa Cândida is not open to the public. The businessman has at the place a training centre, but only for his horses.

By Steph - September 06, 2005
Email ThisBlogThis!Share to TwitterShare to FacebookShare to Pinterest 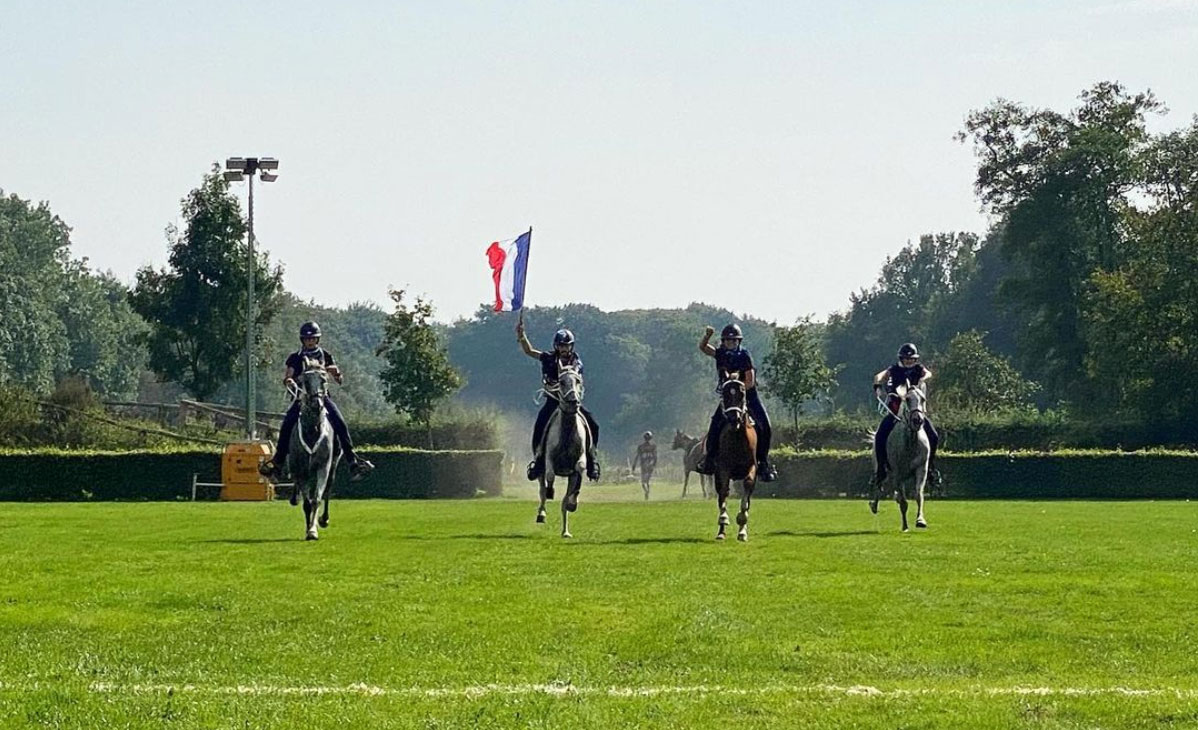